Yes, it's come to this 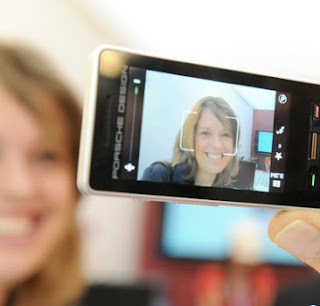 Not long ago, while on location out West I got an email from a location scout friend of mine back in Charlotte. He had been contacted by a large and pretty well known production company (who will remain nameless) to find locations for a Jimmy Johnson NASCAR commercial. The script called for three locations. One was the Service Department of a car dealership, another was a kitchen and finally they needed a studio. Finding an abandoned car dealership (unfortunately) proved to be easy. He found one not far from the Oasis Studios. Knowing we have a permanent kitchen set in our studio it was not surprising that he called us to see if we might be interested in renting out our space for the commercial. Naturally I had some questions... like power requirements, lights, number of cast and crew members, etc. to see what kind of impact it would have on what we already had going on at the studio. Here's part of his response.
"... they're looking for a modern kitchen set and a white cyclorama. There are about 30 cast and crew and they are thinking about using available (natural) light..."
I told him that I understood but that since the kitchen is in our studio... there is no natural light. After some explanation here is part of his follow up email.
".... as far as lights go, I don't think they'll need much. They are shooting the commercial with a camera phone"
Yes, apparently it has come to this. Go Jimmy.